One of the remarkable things that strikes visitors, especially foreigners, about India is the warmth of the people one encounters. Individuals think nothing about dropping everything and going out of their way to help you without any expectation of reciprocity. They even get embarrassed if you so much as thank them for their generosity.

An intriguing aspect of this trait for the wealthier Indians is that this big-heartedness extends to their acquaintances. You are introduced to someone at a party and the next minute they will invite you into their homes or agree to assist you with a problem you are facing. And, believe me, in India you are never far away from a bureaucratic hurdle that will be impossible to solve using the regular channels. There is always a shortcut around the obstacle, but is through a “friend” or a friend of a friend.

In the more impoverished sections of society, strangers will offer help strangers without any expectation of ever meeting again. They will do the good deed and simply walk away before one can acknowledge it. It is generalized reciprocity at work.

In this blog, I would like to reflect on the warmth of Indians through my memories of two friends, who unfortunately passed away this month. Their friendship enriched my life and will always remind me that in India, nothing is too much trouble. 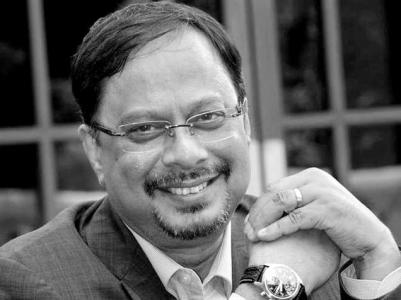 In 1996, I was seeking to write a case for a retailing program I was launching at IMD. A colleague provided the lead to Foodworld, a supermarket. I reached India just as Foodworld was opening its first store. Pradipta Mohapatra happened to be the CEO of this initiative to pioneer modern style retailing in India.

At the outset over a couple of hours, he laid out the vision of what they were attempting to achieve with Foodworld. Then, he turned to me and said: Professor what do you think? He was expecting me to pass a judgment. I retorted, I am here as a case writer to learn, not as a professor to teach.

It was the start of a beautiful friendship. He was one of those rare managers who combined analytical ability with emotional intelligence at the highest levels. Following the case, Foodworld would become my first Indian consulting client.

Pradipta would visit Europe once a year and always call on me, first in Switzerland and later in London. What made him special is something we always encourage in our students – a thirst for life-long learning. His defining quality was curiosity. But, he was also a great teacher and mentor. I used to call on him whenever I required any information on India. His network was extensive and the feedback was within hours. It was through him that I rediscovered India and Indian business. He was responsible for my first board position as independent director for Zensar. Ultimately, we co-authored the book, India’s Global Powerhouses.

Pradipta and I shared a passion for art. Once Pradipta discovered this, I was the beneficiary of his large heartedness. On one of his trips to London, he left behind a classic M.F. Husain sketch of a horse that he brought in paper bag. It still adorns my apartment. Over the years, we exchanged several paintings of Rabindranath Tagore, Jamini Roy, and Sunayani Devi. Through him, I also learnt that Indians can’t swallow gifts. There is another M.F. Husain watercolour displayed in my Calcutta apartment that was a similar gift from him.

On moving to Mumbai in 2013, a mutual friend informed me that Howard Hodgkin spends three months a year in my apartment complex. Really! With David Hockney, I considered Howard to be the two greatest living British artists. An email introduction followed to Howard’s partner, Antony, and drinks were set up.

Over the years, I discovered that Howard had a deep affection for India. He believed it made him “see things differently” in his painting. Curious, I once enquired how he fell in love with India. Howard had a friend Robert Skelton, who I knew as a famous scholar of Indian art. They were fascinated by India, without ever having visited the country. Since neither was well off, they made a pact that if one of them got to India, he would help the other get there.

In the early sixties, Robert made it to Mumbai and invited Howard. Howard was assured that accommodation had been arranged for him. On arrival, Robert informed him that unfortunately, there was no place for him to stay. Undeterred, Howard Hodgkin spent his first night in India at Bombay’s famous railway station, Victoria Terminus. He just rolled out his sleeping mat on the platform.

As I recall, Howard told me that strangers would stop by at this curious sight of an Englishman sleeping on the platform. He was offered food, tea, and any assistance he needed. They were so kind. He was then a poor struggling artist, but it was the start of a lifelong romance with India that brought him annually to paint the indescribable light and colours of India.

About a week before he passed away, I ran into him in Mumbai. He was excited about the upcoming exhibition of his work at the National Portrait Gallery in London. I remarked how rare it is for a living artist to get a solo show at the National Portrait Gallery. I made it a point to return to London just in time to attend the opening. Alas, he died before that. Yet, at the brilliant opening of the exhibition entitled “Absent Friends”, he was everywhere.

Thank you Pradipta and Howard. RIP